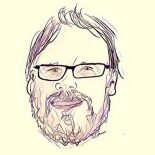 This is a translation of a review that appeared a while back in Dutch in the journal of the Mathematical Society (KWG) in the Netherlands. I wasn’t able to always check the original English wording in the book. 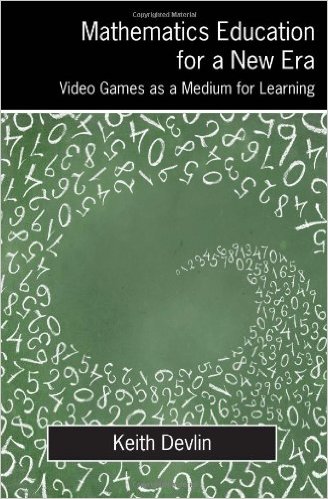 Recently, Keith Devlin (Stanford University), known of his newsletter Devlin’s Angle and popularisation of maths, released a computer game (app for the iPad) with his company Innertubegames called Wuzzit Trouble (http://innertubegames.net/). The game purports to, without actually calling them that, address linear Diophantine equations and build on principles from Devlin’s book on computer games and mathematics (Devlin, 2011) in which Devlin explains why computer games are an ‘ideal’ medium for teaching maths in secondary education. In twelve chapters the book discusses topics like street maths in Brasil, mathematical thinking, computer games, how these could contribute to the learning of maths, and concludes with some recommendations for successful educational computer games. The book has two aims: 1. To start a discussion in the world of maths education about the potential for games in education. 2. To convince the reader that well designed games will play an important role in our future maths education, especially in secondary education. In my opinion, Devlin succeeds in the first aim simply by writing a book about the topic. The second aim is less successful.

Firstly, Devlin uses a somewhat unclear definition of ‘mathematical thinking’.: at first it’s ‘simplifying’, then ‘what a mathematician does’, and then something else yet again. Devlin remains quite tentative in his claims and undermines some of his initial statements later on in the book. Although this is appropriate it doesweaken some of the arguments. The book subsequently feels like a set of disjointed claims that mainly serve to support the main claim of the book: computer games matter. A second point I noted is that the book seems very much aimed the US. The book describes many challenges in US education that, in my view, might be less relevant for Europe. The US emphasis also might explain the extensive use of superlatives like an ‘ideal medium’. With these one would expect a good support of claims with evidence. This is not always the case, for example when Devlin claims that “to young players who have grown up in era of multimedia multitasking, this is no problem at all” (p. 141) or  “In fact, technology has now rendered obsolete much of what teachers used to do” (p. 181). Devlin’s experiences with World of Warcraft are interesting but anecdotical and one-sided, as there are many more types of games. It also shows that the world of games changes quickly, a disadvantage of a paper book from 2011.

Devlin has written an original, but not very evidenced, book on a topic that will become more and more relevant over time. As avid gamer myself I can see how computer games have conquered the world. It would be great if mathematics could tap into a fraction of the motivation, resources and concentration it might offer. It’s clear to me this can only happen with careful and rigorous research.

Devlin, Keith. (2011). Mathematics Education for a New Era: Video Games as a Medium for Learning.